This article showcases our top picks for the Books With Gay Protagonists. We reached out to industry leaders and experts who have contributed the suggestions within this article (they have been credited for their contributions below). We are keen to hear your feedback on all of our content and our comment section is a moderated space to express your thoughts and feelings related (or not) to this article This list is in no particular order.
Table of Contents show
Artificial Divide By Robert Kingett
King and the Dragonflies By Kacen Callender
Ritu Weds Chandni by Ameya Narvankar
Two Boys Kissing by David Levithan
The Song of Achilles by Madeline Miller
Call Me by Your Name by André Aciman
Flight SQA016 by A. E. Radley
Two Boys Kissing by David Levithan
The Dead and the Dark by Courtney Gould
Ready To Catch Him Should He Fall by Neil Bartlett
Serenity Rose by Aaron Alexovich
Nimona by Noelle Stevenson
On A Sunbeam by Tillie Walden

This product was recommended by Robert Kingett from BlindJournalist

Step into a world of rogue screen readers, Braille in fantasy worlds, a friend meeting an acquaintance after several years, and more. This #OwnVoices anthology features fiction by Blind and visually impaired authors showing readers how they thrive, hurt, get revenge, outsmart bullies, or go on epic adventures. Artificial Divide is an own-voices story collection that captures the many layers of Blindness and, for once, puts visually impaired protagonists in the driver’s seat, letting us glimpse their lives.
Buy or learn more

King and the Dragonflies By Kacen Callender

This product was recommended by Robert Kingett from BlindJournalist

Twelve-year-old Kingston James is sure his brother Khalid has turned into a dragonfly. When Khalid unexpectedly passed away, he shed what was his first skin for another to live down by the bayou in their small Louisiana town. Khalid still visits in dreams, and King must keep these secrets to himself as he watches grief transform his family. It would be easier if King could talk with his best friend, Sandy Sanders. But just days before he died, Khalid told King to end their friendship, after overhearing a secret about Sandy – that he thinks he might be gay. You don’t want anyone to think you’re gay too, do you? But when Sandy goes missing, sparking a town-wide search, and King finds his former best friend hiding in a tent in his backyard, he agrees to help Sandy escape from his abusive father, and the two begin an adventure as they build their own private paradise down by the bayou and among the dragonflies. As King’s friendship with Sandy is reignited, he’s forced to confront questions about himself and the reality of his brother’s death.
Buy or learn more

Ritu Weds Chandni is a beautiful story about a little girl who stands up for her sister Ritu (‘didi’) who is getting married. This is significant because Ritu is marrying her girlfriend and many people in the community… including some in her own family… are against it. Ritu Weds Chandni is a story that reminds us of the innocence of childhood and that love conquers all.. If you are a teacher, Ritu Weds Chandni would be a good book for your social studies discussions about social justice.
Buy or learn more

This product was recommended by Danny McLoughlin from WordsRated

Two Boys Kissing is a unique book. It centers on 8 gay high school boys and takes place over the course of a weekend. It is narrated by a Greek chorus of gay men lost during the HIV/ AIDS crisis. In a story that will have you laughing, crying, up and down, it explores relationships, coming out, abuse and homophobia.
Buy or learn more

The Song of Achilles by Madeline Miller

This product was recommended by Millie Henderson from Surge Marketing Solutions

I would recommend this book because of the way it’s beautifully written. Madeline managed to tell the story of Achilles by staying true to the homosexuality in Homer’s Iliad, whilst also. The tale of The Song of Achilles is both remarkable and thrilling and will have you constantly wanting more. It’s historical fiction with a compelling romance story mixed into it – ideal for any lovers of Troy.
Buy or learn more

Call Me by Your Name by André Aciman

This product was recommended by Rebecca Danko from Rebi Simple Living

This book is a wonderful story of love between an adolescent boy and a guest residing at his family’s summer house in Italy. It’s also a powerful depiction of desire, shame, and growing up. I would recommend this book to anybody who loves fiction.
Buy or learn more

This product was recommended by Babs Rodrigus from Mums on FlipFlops

If you want a break from more heavy literature, Flight SQA016 is a heartwarming lgbtq+ romantic novel that will keep you mesmerized until the last page. Struggling single mom Emily and socially awkward business woman Olivia are well-developed characters, as is Emily’s adorable son Henry. I love how there’s attention for Autism Spectrum Disorder, without going into detail too much. It’s just a part of who Olivia is, in the same way that she is queer.
Buy or learn more

New York Times bestselling author David Levithan narrates the true story of Harry and Craig, two 17-year-olds on the verge to embark on a 32-hour kissing marathon to break a new Guinness World Record. They become a focal point in the lives of other teen boys dealing with long-term relationships, coming out, gender identity, and falling deeper into the digital rabbit hole of gay hookup sites. In well-painted prose, this book tells the story of where we’ve been, where we are, and where we might be heading. It offers hope for the future and serves as a warning to those who would choose to deny themselves the opportunity to live and experience a future that cannot be ignored anytime soon.
Buy or learn more

The Dead and the Dark by Courtney Gould

Consider Riverdale crossed with Stephen King’s The Outsider to get a flavour of this riveting supernatural mystery in which two girls from very different backgrounds explore the ghostly goings-on in a rural Oregon hamlet. Gould’s debut begins as a quick paranormal tale and progresses into a meaningful novel about the complicated interplay of sorrow, remorse, and identity.
Buy or learn more

Ready To Catch Him Should He Fall by Neil Bartlett

This product was recommended by K Anderson from Lost Spaces Podcast

Before I started my podcast, which is all about lost queer bars and the memories they’ve left behind, I wanted to answer the question for myself – why are gay bars important? This wonderful book transported me back in time to 1990s London and taught me all about the community, camaraderie, and sense of identity that all of the characters got from the nameless gay bar at the centre of the story. Though on the face of it the book is a classic love story of boy meeting boy it’s really about the family the queer community must forge for themselves.
Buy or learn more

Spooky adventures with a depressed witch who just wants to hide in her house and be left alone, and the friends (and, eventually, the magic rock star) who pull her out. The cool and creepy supernatural worldbuilding is combined with, surprisingly enough, one of the most resonant depictions of not-quite-out lesbian struggling to get comfortable as herself I’ve ever seen.
Buy or learn more

Fun fantasy with a perky shapeshifter who shows up and declares herself the villain’s new sidekick. Turns out our villain was really pushed into that role by a knight who’s also his definitely-not-bitter ex-boyfriend.
Buy or learn more

On A Sunbeam by Tillie Walden

Award-winning space fantasy that cuts between school-age hero gets her first girlfriend and same hero has joined a spaceship crew for her first job, travels the galaxy on archaeology missions, tries to figure out why that girlfriend mysteriously disappeared. While visiting lots of eerily-cool unearthly settings along the way.
Buy or learn more

Books To ReadBooks with Gay ProtagonistEmpowerment 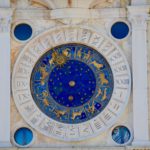 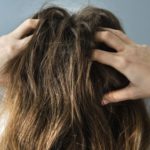