With the warm weather approaching, it is a good idea to start filling your bookshelf with some must-reads on your summer reading list. There are some great young adult novels packed with girl power on the market, and we have selected a few for you that are worth checking out

Inspired by Viking lore, Sky in the Deep is about seventeen-year-old Eelyn who has to deal with the betrayal of her brother when he fights for their clan’s rival, the Riki Clan. However, when Eelyn becomes trapped in the Riki village for the winter, she begins to gain a new perspective on what she believes to be the truth. Rich with emotions and thrilling battle scenes, this book is a moving coming-of-age story.

Maid Marian is struck with grief when Robin of Locksley dies; however, Marian is not the only one affected by Robin’s death, as the people he served are also in a difficult place. As Guy of Gisborne plots to take Robin’s role as Locksley’s Lord and wed Marian, she devises a plan. Donning Robin’s costume, Marian decides to take her fate into her own hands and become the hero that the people need. Taking on the role of Robin Hood, Marian becomes someone else’s hero as well—her own.

At the cusp of World War II, Liesel Meminger is a young orphan who goes to stay with her new foster parents. While she is adjusting to her new surroundings, Liesel discovers a deep love for the written word. Despite books being hard to obtain due to the war, Liesel’s hunger is enough to make her find a way. Through sharing them with the Jewish man hidden in her basement, and her friend next door, Liesel finds her way in making this new place her home.

Dealing with the societal expectations of a young woman in Victorian England, Faith Sunderly yearns for something more than what she already has. However, her future takes an unforeseen turn when Faith’s father, a famous scientist in the middle of a scandal, is found dead. Faith knows there has to be foul play involved. After discovering a tree that delivers the truth when eaten, Faith is determined to solve the mystery of her father’s death.

When she is only 6 years old, King Nicander takes Anaxandra from her home to be a companion to the young Princess Callisto. Yet when her island becomes overrun with pirates, and Anaxandra is the only survivor, she decides to take on the identity of her now deceased companion. Believing her to be the real princess, King Menelaus of Troy decides to take Anaxandra to Sparta. Goddess of Yesterday is a clever retelling of the events that led up to the Trojan war—any fans of history are sure to enjoy it. 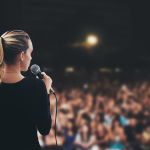 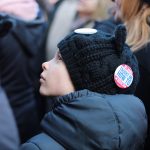