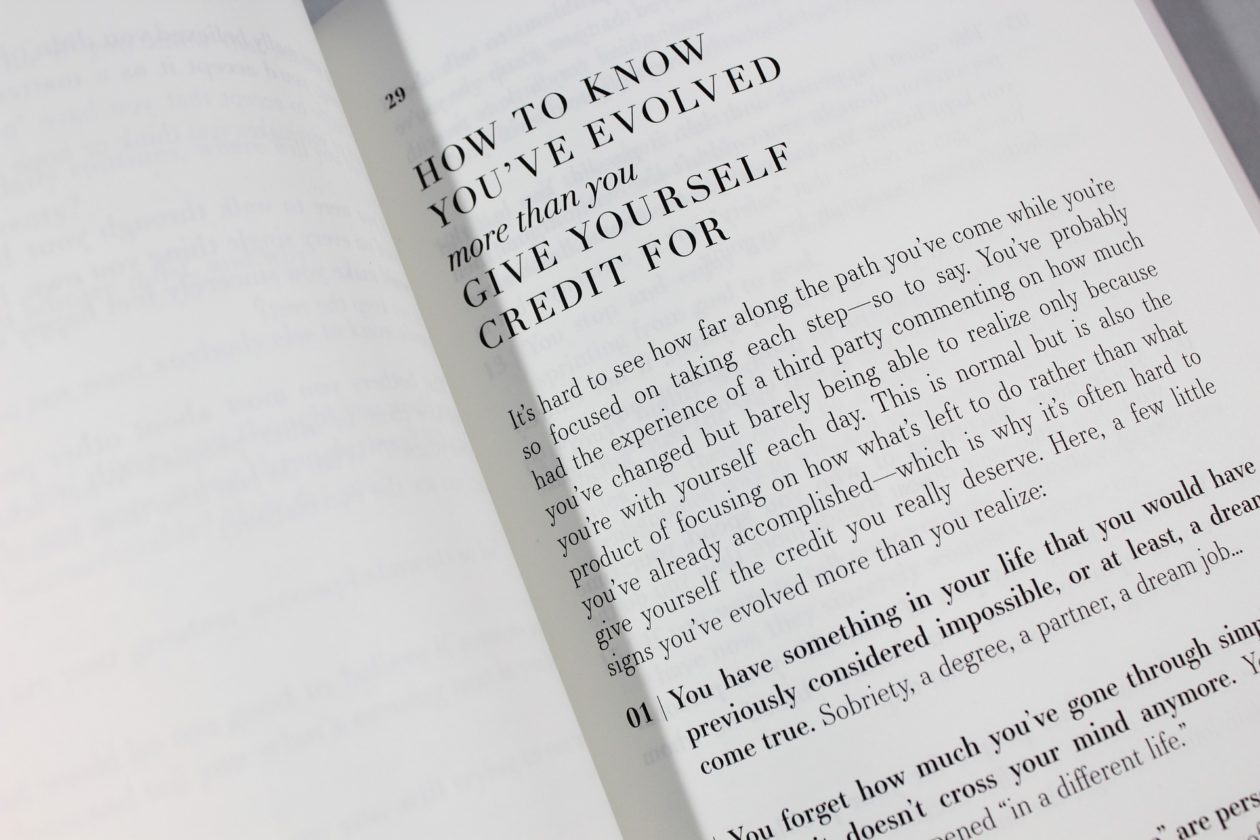 Latinos are members of diverse communities throughout the United States. For over a decade, we have witnessed demographic shifts in communities which resulted in increased local Latino populations – even in areas where Latinos did not historically reside. CNN (2018) highlights that Latinos continue to grow at a fast pace and are currently the largest ethnic minority in the United States.

How To Empower Latinas

We have an obligation to give back to our community and empower Latinas with positive images. These resources are the go-to tool for enabling Latinos to become storytellers and are a source for empowerment. You will find activity books for children of all ages, books designed specifically for tweens, Latino and Latina young adult books, and even a list of self-help books for adults.

How To Empower Young Latinas

Young Women are targeted the most by the media, glamorizing an ideal image that rarely represents most Latinas. We can immediately identify with the representations of idols in our culture, such as Selena (Perez), Jennifer Lopez, and Shakira. The representations of these women, lies in the thin-ideal. These are the images girls are exposed to at a very young age which influence their self-image, self-acceptance and education.

The message these easily accessible, yet powerful celebrities and their publicists, are conveying to young Latinas is that thin is beautiful. For Latinas, this is a difficult message to embrace.

How To Empower Latino Girls

Latinos are depicted as being obese and non-“Latinas”, however, Latinos have the lowest female obesity rate of all sub-groups within the U.S., with approximately 24.7% of women age 20-74 (U.S. Census Bureau, 2013) in the U.S. being obese.

Latinas are depicted as poor and struggling with the English language. However, the median income for Latinas was $38,844 in 2007 (NCHS, 2010). The lowest income among Latinos making it into the highest income bracket was 2.8 times more than the highest income bracket among African Americans. Thirty-six percent of Latinos reported speaking English “very well” or “well” in the 2010 census. In contrast, only 27% of Asians reported speaking English “very well”, with 24% of African Americans reporting themselves as English speakers.

We need empowered voices on the issues that matter in our communities. We need to encourage and empower Latinas to seize their own destiny.

How To Empower Latina Women

In a world full of negative self-esteem, we are happy to offer you a place where you can discover the many inspiring stories of remarkable women who are making a difference. These historical Hispanic women have paved the way for future generations of Latinas to reach for the stars and become all we can be.

How To Empower Latino Men

There is a common belief that Latino men are born machismo. Machismo translates to “proud” and “manly” in Spanish. It is common for Latinas to be introduce to their “Manny” as macho, a chauvinist and completely out of touch with emotions.

This is how Latino culture is currently portrayed by the media, yet, the reality is that we have many Latino men who are also “Nuevos Hombre” or New Men. Many Latino men are dealing with gender roles and many are evolving from the traditional male roles that make us so stereotypically and definitionally different.

One of our most amazing accomplishments is that Latinos are contributing to the society in unexpected ways. The list of Latino Nobel Prize winners is an example of each Latino’s contribution to the world. These amazing innovators, scientists, educators, and artists have enriched our knowledge of the world and enhanced our lives.

How To Empower Latina Business Women

The entrepreneurial spirit of Latinas has led to the creation of not only successful companies, but the creation of many jobs. Some of the most successful Latino businesses are listed on this page. There are also ways to get even more information on how to start your very own Latino owned business, including useful tips on how to start your own Latino owned business.

How To Empower Latina Children & Teens

Perhaps your children and teens are displaying signs of creativity and imagination. Perhaps they are also enjoying imaginative play. These are already two indicators that a child may become a future leader.

On this portion of our site, you will find free resources that your kids will love. We also teach you how to empower a child by designing safe and secure online profiles for your children.

How To Empower Latino Families

Our goal is to help you understand how to empower Latino families for positive growth and development.

How To Empower Latino Teens

When we talk about Latinas, we are often referring to teen girls. Help your teens become empowered by becoming a part of our growing community. We also offer information on why are teens are so interested in social media as well as how to empower your teenage sons.

How To Empower LGBT Latinos

Today, our Latino community is shaping a different future. The Lesbian, Gay, Bisexual, and Transgender community of the U.S. is larger and more diverse than ever. As Latinos, we are looking for ways to support other members of our community.

We offer you resources on how to empower LGBT Latinos and the Latino community as whole.

How To Empower Latinos

If you have been using this resource, we thank you for your support. As part of our commitment to the Latino community, we are adding information and resources to our website which will supplement our already wonderful community. These are the most current topics of interest for the Latin-American population, including but not limited to immigration

This product was recommended by Muhammad Mateen Khan from PureVPN

Roxane Gay’s hilarious collection of essays, Bad Feminist, details her life as a feminist who also happens to love certain things that aren’t necessarily cause-friendly. It’s a reminder that at the heart of all of us is a woman looking to define herself — and that the word feminist can have many definitions — it doesn’t always have to mean marching with picket signs.

This product was recommended by Arash Fayz from LA Tutors 123

This young adult fantasy novel begins an epic saga that follows young teen Manuela on a path to discover her true magical identity. After fleeing her father’s crime family in Argentina and then seeing her mother arrested by ICE in Miami, Manuela follows clue after clue to discover her rich Argentine folklore heritage involving brujas, werewolves, and an underground mystical society that’s banished from sight. Manuela grapples with immigration and the sense of belonging in this adventurous 2020 tale.

This product was recommended by Arash Fayz from LA Tutors 123

This 2020 novel follows 15-year-old Mariana as she watches her father run for president. Mariana and her Cuban American family were accustomed to election cycles since her dad was a senator, but now that he’s running for president her entire life is scrutinized by the media. Not only having to deal with this immense spotlight, Mariana soon learns her father’s presidential campaign is mysteriously silent when it comes to climate change initiatives. Mariana must learn to investigate for herself, trust her own voice, and summon bravery in the face of national attention.

Almost a Woman by Esmeralda Santiago

This product was recommended by Marcus Clarke from Searchant

Almost a Woman by Esmeralda Santiago, is something I feel everyone should read once in their lifetime. The story circles around growing in a tough household and facing obligations, some of them probably everyone can relate to and some are too harsh, the story will make you feel many different things (good and bad) about the main character and then probably you’ll get an insight on how your life should be or have been, by the way it ends on a cliffhanger thus keeps you wanting more.

This product was recommended by Tabitha Bailey from SparkPoint Studio

Alma Cruz wishes her willful teenage daughter, Luz, could know the truth about her past, but there are things Luz can never know about the journey Alma took to the US to find her missing father. In 2000―three years after the disappearance of her father, who left Oaxaca to work on farms in California―Alma sets out on a perilous trek north with her sister, Rosa. What happens once she reaches the US is a journey from despair to hope. Timeless in its depiction of the depths of family devotion and the blaze of first love, Luz conveys, with compassion and insight, the plight of those desperate to cross the US border.

How to Be a Chicana Role Model by Michele M. Serros

This product was recommended by Jennifer Willy from Etia

How to Be a Chicana Role Model by Michele M. Serros is a humorous new novel about a young Chicana writer who is struggling to find a way to embrace two very different cultures, without losing touch with her own true identity.

This product was recommended by Jennifer Willy from Etia

Inseparable since their days at Boston University almost ten years before, six friends from the Dirty Girls Social Club, mutual support and (mostly) admiration society that no matter what happens to each of them (and a lot does), meets regularly to dish, dine and compare notes on the bumpy course of life and love. 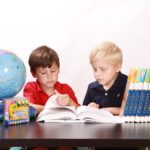 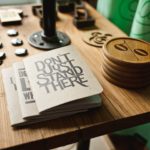