The recent study – published by Tracking Happiness – is based on a large-scale survey amongst respondents from around the world. The study asked all its respondents to choose 5 words that they felt most closely associated with the word “Happiness”.

Respondents were able to choose between 15 words, for example, “Love”, “Satisfaction”, “Wealth” and “Sex”.

In total, the word sex was associated with the word happiness 173 times. Out of the 173 respondents that linked sex with happiness, 134 were male (77%).

Out of the total number of respondents, 665 were male and 482 were female.

Upon analyzing the results, the study found an interesting difference between men and women:

Based on this data, men are 250% more likely to link sex with happiness than women are.

Does this mean that women find sex less important for their overall happiness?

Does this explain why it seems that men want sex more than women?

The study doesn’t provide answers to these questions, but other studies can be used to explain the difference between men and women.

Women are less likely to orgasm

There are numerous reasons that could explain why women are less likely to link sex with happiness.

One study provides an obvious reason: Women are less likely to orgasm during sex.

The researchers studied 24,000 college-aged women, and found that just 40% reached orgasm during a hookup, while 80% of men did. This suggests that women are 50% as likely to reach an orgasm when compared to men.

In addition, there are other reasons why women are less likely to link happiness with sex:

These 2 reasons make sex – especially one-night stands – more high risk/low reward for women. For men, this is the opposite.

There is plenty of other data that suggests that men find sex more important than women.

Even though these studies have not quantified this difference (unlike the study by Tracking Happiness), they all show in different ways that a man’s happiness is more linked to sex than that of women.

The study authors provide the following commentary on their results:

The conclusion that male happiness is more dependent on sex compared to women can be found in other studies as well.

Additionally, internet traffic to adult sites consists largely of men. According to Statista, approximately 70% of traffic to a well-known large adult website is male.

These findings can all be explained by the results of our study: sex is more important to male happiness when compared to female happiness. 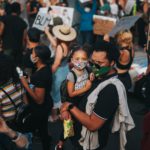 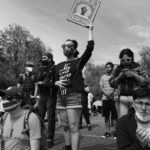