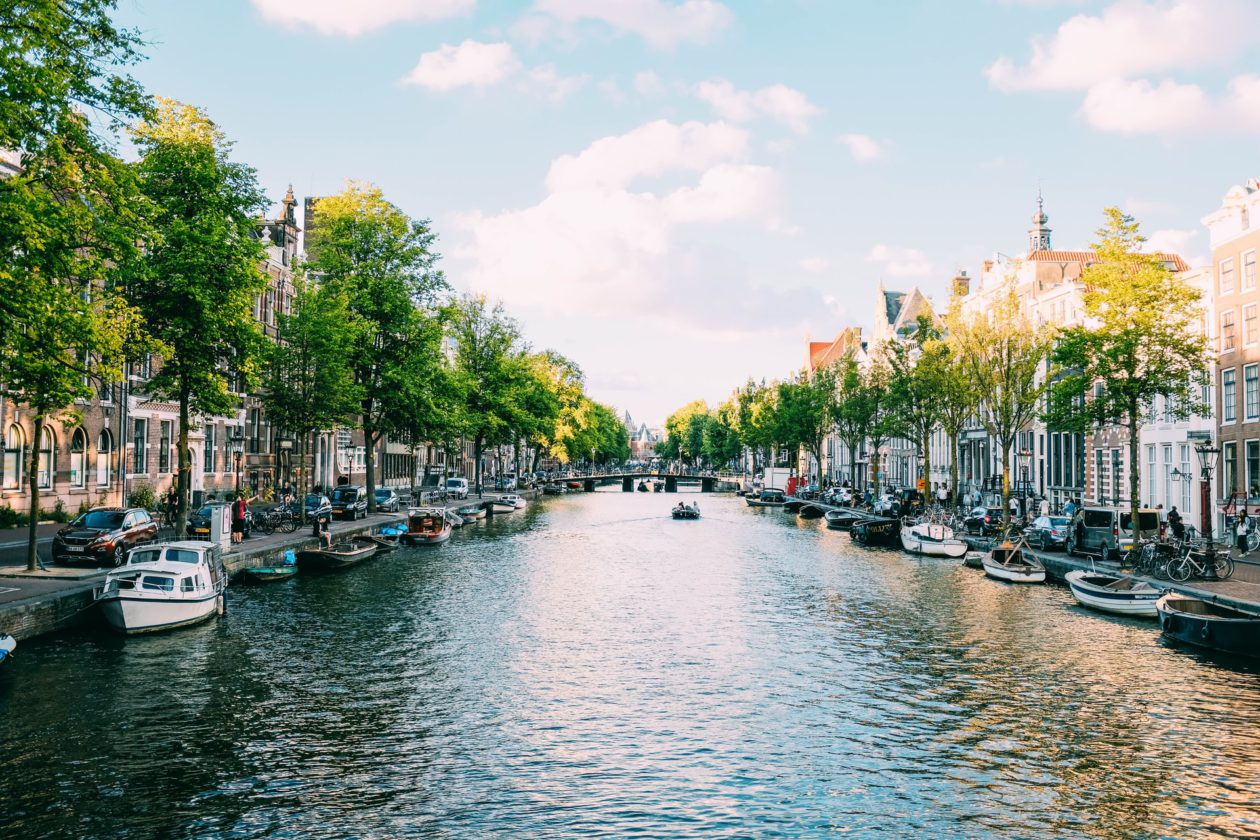 This article showcases our top picks for the Best Environmentally Friendly Places To Live. We reached out to industry leaders and experts who have contributed the suggestions within this article (they have been credited for their contributions below). We are keen to hear your feedback on all of our content and our comment section is a moderated space to express your thoughts and feelings related (or not) to this article This list is in no particular order.
Table of Contents show
Freiburg, Germany
Amsterdam
Stockholm
Vancouver
San Francisco
Stockholm, Sweden
Iceland
Vancouver, BC Vancouver
Cape Town, South Africa
Portland, Oregon
Berlin, Germany
Austin, Texas
Copenhagen, Denmark
Bristol UK
Wilmington, North Carolina
Zurich, Switzerland
Singapore

Rated as one of the most sustainable cities in Germany, Freiburg has dozens of green initiatives thought-out as it was being built. With over 400 km of bike paths and twice as many bikes as cars, you most likely will never need a car. Even better, its electric-based public transport covers nearly all of the areas you need to visit in the city. It has a high 70% recycling rate due to proper waste management and has incorporated sustainable development as mandatory curriculum for preschool up to high school kids. Finally, the local government is committed to rewarding citizens through the building of solar panels and plants/trees in their apartments and/or homes from tax subsidies.
Buy or learn more

Amsterdam is a fantastic example of what an environmentally friendly city should look like, as the city has more bikes than people, and if you don’t like riding, you can utilize electric automobiles as a substitute. Amsterdam is also at the forefront of environmentally responsible fashion, having been one of the first cities to establish sustainability policies for the greater good of the world.
Buy or learn more

Vancouver, which is nestled between the ocean, forest, and mountains, is one of the world’s most livable and environmentally friendly cities. The city relies heavily on renewable resources to reduce carbon dioxide emissions to the absolute minimum. They also have their efficient team called GCAT (Greenest City Action Team) to make it one of the world’s most environmentally friendly cities. They also seek to enhance air and water quality, boost local food production, plant more trees, and increase recycling operations by the year 2020.
Buy or learn more

San Francisco is one of the world’s greenest and cleanest cities, with a population of roughly 860,000 people. The key reason for its eco-friendliness is its effective environmental program and high recycling rate. The city administration initiated a zero-waste campaign intending to reach zero trash by 2020. Cycling, carpooling, and using an electric transportation system can help you save money while also reducing greenhouse gas emissions.
Buy or learn more

This place was recommended by Rachel Scott from National TASC LLC

Stockholm, Sweden is one of the best and most environment friendly cities in the world. It is considered an eco-smart city because of its eforts to modernize the place but also maintain sustainability in terms of its environment. It has an environment program that aims to remove the use of fossil fuels by 2040 and replace it with more sustainable and cleaner means like biofuels. It also aims to reduce its greenhouse gas emissions to better care for the Earth. Despite these environment-friendly efforts, they still have high level of technology and urban development so this is really the perfect city to live in.
Buy or learn more

Iceland is a quiet place to live or vacation. It has so much more to offer than just beautiful scenery and hot springs. But how did Iceland’s capital, Reykjavik, become the tenth most eco-friendly city? The city has a population of 126,100, making it easy to adapt to becoming a greener space. Reykjavik wants to eliminate greenhouse gas emissions by 2040 by increasing walking, cycling, and public transportation. The city wants to keep introducing hydrogen buses, but only 4% of people utilize them. The city plans to triple this by 2030. The city also invested millions in bike pathways and encouraged its 9,000 public employees to drive electric cars by providing free parking and lower taxes.
Buy or learn more

Vancouver, BC Vancouver is nestled between the beach, forest, and mountains. What more could you want from a beautiful eco-friendly city? Vancouver, ninth on the list of most eco-friendly cities, has acknowledged that its current environmental footprint is three times that of the Earth. The city developed the Greenest City program with attainable goals. Vancouver has the lowest greenhouse gas emissions among major North American cities, highlighting the efforts made by the city to reduce its environmental effect.
Buy or learn more

Cape Town has ranked seventh on this list for its eco-friendliness. Cape Town always seeks new and innovative methods to be more sustainable; thus, they started using wind farms for energy in 2008. As a result, the city has set a goal of getting 10% of its energy from renewable sources by 2020, becoming increasingly possible.
Buy or learn more

This place was recommended by Steven Walker from Spylix

It has roughly 647,000 people, which is steadily expanding. The city itself has changed dramatically to benefit the planet and the lives of those who live there. But how? Surprisingly, 25% of municipal workers travel by bike, carpool, or public transportation, greatly benefiting the environment. As a result, fewer destructive automobiles are on the road. There are also an estimated 250 miles of bike trails, making it convenient and safe to move around the city. 8% of the city’s residents cycle to work. Portland generates 2,434,840 tonnes of garbage and recovers 1,235,924 tonnes, remarkable numbers for a huge metropolis. In addition to the preceding, the city employs 33% renewable energy, compared to 13% nationally, and has prohibited plastic bags.
Buy or learn more

This place was recommended by Shane Paarman from Awesome Stuff 365

This one is a bit counterintuitive because you wouldn’t think that a city as big as Berlin could possibly be environmentally friendly. However, Berlin is known for incorporating green spaces everywhere possible, and it is also kept really clean!
Buy or learn more

This place was recommended by Matt Fitch from iHaulJunk, Inc

iHaulJunk in Austin, Texas plays a big role in keeping Austin beautiful! The city of Austin has strict requirements for licensing private junk haulers and iHaul is one of the top rated haulers in the city with over 10 years in business. The city of Austin has set a bold initiative of getting to zero waste by 2040 through landfill diversion efforts. It is this commitment that makes Austin one of the most environmentally friendly places to live in America!
Buy or learn more

This place was recommended by Jason Cordes from CocoLoan

Copenhagen was named the greenest city globally by The Telegraph for various reasons. To begin with, all of their buses are transitioning from diesel to electric power. Furthermore, more roads are being built for riding, and electric bikes are being supplied reasonably.
Buy or learn more

This place was recommended by Jason Cordes from CocoLoan

Bristol was the first British city designated as the European Green Capital. It’s a prize granted to a city to address urban environmental issues. It is also known as the most environmentally friendly city in the United Kingdom. Bristol has high air quality, and the number of bikers has increased.
Buy or learn more

This place was recommended by Owen Wilcox from USInstallmentLoans

One of the best places to live in the United States of America, as per several studies, is the city of Wilmington, North Carolina. It provides a nice, laid-back environment to live in. Many new apartments are being built in Wilmington. However, in contrast to the rise of new complexes destroying the environment, those in this city are considered the most eco-friendly in the world. Apartments in this city are usually equipped with green amenities such as solar panels, plug-in vehicle charging stations, and smart thermostats. The city also has great walking spaces and cyclist paths, and the recreational parks present.
Buy or learn more

This place was recommended by Stella Cooper from PaydayLoansUK

Zurich, Switzerland, is one of the pioneering eco-friendly cities in the world. The city uses more than 80% of its energy need from renewable sources. The public is highly encouraged towards sustainable product use, that’s why 40% of the city’s waste gets recycled, and they reduce energy consumption by limiting public transport. The construction units also comply with sustainable building principles. The city is highly focused on energy efficiency and has successfully lowered the use of fossil fuels. Please let me know if you could include it. I will be glad to be quoted.
Buy or learn more

This place was recommended by Gigi Ji from KOKOLU

Singapore is one of the most environmentally friendly places to live today, as it’s recognized as the most green major city in Asia. For example, the city employs one of the most eco-friendly and modern urban plans in the world with solar panels , systems which trap and repurpose rainwater, and an emphasis on plants wherever possible. These measures contribute to the fact that Singapore has some of the cleanest air—even in its major city—in the entire world. They’ve even integrated bodies of water such as rivers and large ponds, lending to rich biodiversity and lush greenery. Much of this environmental success is attributed to the fact that Singapore has never viewed environmental protection as a barrier to economic development, allowing for both to flourish throughout both urban and rural areas .
Buy or learn more 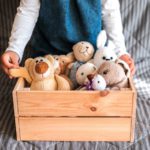 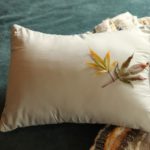