The fight for women’s rights and feminist ideas has been going on for a long time. Campaigns like the Women’s Liberation Movement aimed to free females from various forms of oppression and to provide them with the same opportunities as their male counterparts. Being an integral part of the Civil Rights Movement, WLM was a turning point for women in some major ways.

The focus on and role of education in the WLM is important to be educated about. In this movement, feminism and education went hand in hand, making it a very important part of history. The topic of female rights stays relevant even today, which is why so many civil rights movement essay topics can be found written by students for their dissertations and class assignments. Going through some of these samples and essay examples by college students is a very good way of understanding just how relevant these issues still are.

In many of the essays, you will see students talking about women’s education rights history. Education-related issues were stressed quite a lot in the Women’s Liberation Movement. Before we talk about what role education played in this campaign, let’s quickly go over what WLM itself was.

What Was the WLM?

The Women’s Liberation movement was a struggle to secure equality for females. It was the most active in the 1960s and 1970s and ran parallel to other freedom movements. The term ‘liberation’ stood for finding independence from male oppression as well as to showcase solidarity among the females fighting and hoping for the end of this oppression. It is also often used in tandem with ‘second-wave feminism’ even though there were many different feminist groups at the time.

Education and the WLM

The WLM played a big role in women’s education rights history. During the 1960s, there were less than 1 in 10 females who went to university. Most of the ones who did go studied subjects like humanities and arts. Those few who took part in science and other male-dominated programs excelled in their fields quite often. Yet, their work was not given its due recognition most of the time. The numbers today are very different, with more and more females studying STEM subjects and having equal opportunities to excel.

Back in the day though, it was the WLM that led to a newfound desire to study the history of women, including all the work they had done in the past in various fields. This women education movement was then used to create, publish, and teach feminist programs. Another part of the WLM was to reevaluate how different academic disciplines were taught. The vast subject of Women’s Studies came into being as a result of this civil rights movement talking about feminism and education at the same time.

One of the very first classes regarding Women’s Studies was led by Juliet Mitchell in 1968. By the mid-80s, some places started offering postgraduate and undergraduate programs in this field. The first of these was the University of Kent with its MA in Women’s Studies launched in 1981. Other programs like Lesbian Studies and Black Women’s Studies had already started developing in the 1970s as well.

The Role of the Grammar School System

The women education movement was aided quite a lot by the fact that many girls had been able to get into the grammar school system. While still not completely equivalent to boys, the girls in grammar school education were given a large number of opportunities and choices. A lot of the females who had been lucky enough to get educated at such schools were the ones who led the WLM. That is not to say that those who had gone to secondary modern schools were not part of the movement but they were definitely fewer examples of them than the ones who had attended grammar schools. This just goes to show what a major part was played by the right educational opportunities in making the WLM a success over time.

The WLM was a major turning point in women’s education rights history. Prior to the movement, very few females had the chance to go to universities and study the same subject that men would study. The movement gave rise to important subjects like Women’s Studies and achieved a lot more, not only within the realm of education but for female rights in general. And education was not only one of the goals to achieve but it also played a vital role in starting the movement. This also acts as an indication of what females have always been able to achieve as long as they are provided the right opportunities. 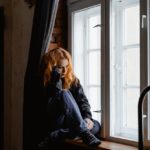 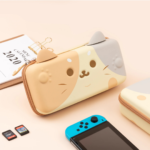