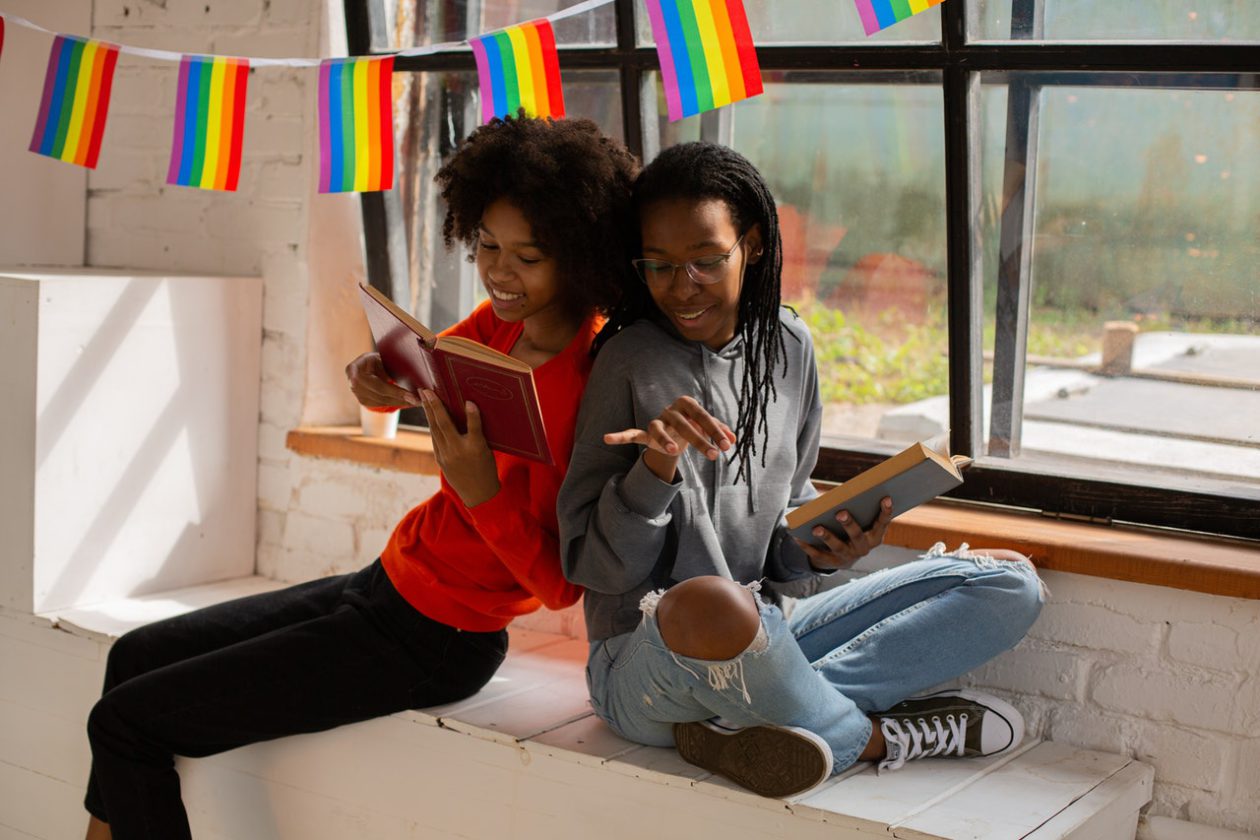 This article showcases our top picks for the Best LGBT Books For Middle Schoolers. We reached out to industry leaders and experts who have contributed the suggestions within this article (they have been credited for their contributions below). We are keen to hear your feedback on all of our content and our comment section is a moderated space to express your thoughts and feelings related (or not) to this article This list is in no particular order.
Table of Contents show
It’s Not Like It’s a Secret by Misa Sugiura
Star-Crossed by Barbara Dee
Spin with Me by Ami Polonsky
Out of My Mind by Sharon M. Draper
Hurricane Child by Kacen Callender
Ana on the Edge by A.J. Sass

It’s Not Like It’s a Secret by Misa Sugiura

This product was recommended by Victoria Jones from Curriculum and Culture

I spent a great deal of time picking out books for my classroom library as a former ELA teacher. Middle schoolers love relatable drama, and this book delivers! The fact that the main characters are girls of color is an added bonus.
Buy or learn more

Twelve-year-old Mattie wrestles with her crush on Gemma as they participate in their school production of Romeo and Juliet in what School Library Journal calls “a fine choice for middle school libraries in need of accessible LGBTQ stories.” Twelve-year-old Mattie is thrilled when she learns the eighth grade play will be Romeo and Juliet. In particular, she can’t wait to share the stage with Gemma Braithwaite, who has been cast as Juliet. Gemma is brilliant, pretty—and British!—and Mattie starts to see her as more than just a friend. But Mattie has also had an on/off crush on her classmate Elijah since, well, forever. Is it possible to have a crush on both boys AND girls? If that wasn’t enough to deal with, things offstage are beginning to resemble their own Shakespearean drama: the cast is fighting, and the boy playing Romeo may not be up to the challenge of the role. And due to a last-minute emergency, Mattie is asked to step up and take over the leading role—opposite Gemma’s Juliet—just as Mattie’s secret crush starts to become not-so-secret in her group of friends. In this funny, sweet, and clever look at the complicated nature of middle school romance, Mattie learns how to become a lead player in her own life.
Buy or learn more

Spin with Me by Ami Polonsky

From the author of the critically acclaimed Gracefully Grayson comes a thoughtful and sensitive middle-grade novel about non-binary identity and first love, Ami Polonsky’s Spin with Me. In this elegant dual narrative, Essie is a thirteen-year-old girl feeling glum about starting a new school after her professor dad takes a temporary teaching position in a different town. She has 110 days here and can’t wait for them to end. Then she meets Ollie, who is nonbinary. Ollie has beautiful blue eyes and a confident smile. Soon, Essie isn’t counting down the days until she can leave so much as she’s dreading when her time with Ollie will come to an end. Meanwhile, Ollie is experiencing a crush of their own . . . on Essie. As Ollie struggles to balance their passion for queer advocacy with their other interests, they slowly find themselves falling for a girl whose stay is about to come to an end. Can the two unwind their merry-go-round of feelings before it’s too late?
Buy or learn more

Out of My Mind by Sharon M. Draper

Over 1.5 million people have read the #1 New York Times bestseller Out of My Mind and discovered the brilliant mind of Melody Brooks. Out of My Mind spent two years on the New York Times bestseller list! “If there’s one book teens and parents (and everyone else) should read this year, Out of My Mind should be it.” —The Denver Post “A gutsy, candid, and compelling story. It speaks volumes.” —School Library Journal (starred review) “Unflinching and realistic.” —Kirkus Reviews (starred review) “Uplifting…This moving novel will makes activists of us all..” —Booklist (starred review) From award-winning author Sharon Draper comes a story that will forever change how we all look at anyone with a disability, perfect for fans of RJ Palacio’s Wonder. Eleven-year-old Melody is not like most people. She can’t walk. She can’t talk. She can’t write. All because she has cerebral palsy. But she also has a photographic memory; she can remember every detail of everything she has ever experienced. She’s the smartest kid in her whole school, but NO ONE knows it. Most people—her teachers, her doctors, her classmates—dismiss her as mentally challenged because she can’t tell them otherwise. But Melody refuses to be defined by her disability. And she’s determined to let everyone know it…somehow.
Buy or learn more

This product was recommended by Annie Kim from Savings

A Stonewall and Lambda award winner, Hurricane Child by Kacen Callender is about a Water Islander named Caroline Murphy who has run into many hardships since being born during a hurricane. She doesn’t have a mother, is a victim of bullying, and has a spirit following her. A girl named Kalinda moves in from Barbados and becomes the light and warmth that Caroline has been looking for. The two journey together to help find Caroline’s mother and along the way, Caroline develops a crush on Kalinda. The book is a reminder that grief does not exist without love and with love, the world opens up to you in magical ways.
Buy or learn more

Ana on the Edge by A.J. Sass

This product was recommended by Annie Kim from Savings

Ana on the Edge by A.J. Sass follows Ana-Marie Jin, a person who loves competitive figure skating but not the princess costumes. Ana meets a trans boy named Hayden who’s new to the rink and mistakes Ana for a boy. As the two of them get to know each other, Ana goes on a journey of self-discovery and realizes they’re nonbinary. Ana must decide how to let others know their true identity without sacrificing the years of hard work and sacrifice to get to where they are within the competitive figure skating world.
Buy or learn more 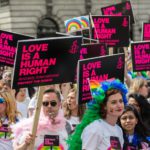 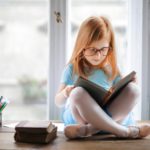