Poker had a reputation as a game for ‘real men’ and ‘tough guys’. It was the sport of cowboys and became tied to their macho status in American folklore. Before the turn of the 20th Century, women were blazing trails in the sport and opening it up to all people, regardless of their gender. Here are a few of the female poker players who changed the game and showed the sport is for everyone.

Back in the year 1865 Lottie Deno found herself in San Antonio, Texas, and changed the face of poker forever. It had always been seen as a man’s game and a tough man’s game at that. She became one of the Lone Star State’s most celebrated players and began a playing tour visiting gambling halls across Texas and the Southern states.

Today she would still be a skilled and celebrated player and would dominate the game in Vegas or at any online casino like Jackpot Casino. Their mix of live tables, video poker, and slot games would give her plenty of opportunities to showcase her skills.

Fast forward over a century and women finally get their own poker championship. The first Ladies World Championship of Poker was held in Las Vegas in 1977 and Jackie McDaniels was victorious, collecting a prize pot of just over $5,500.

Jackie quickly became a poker celebrity and appeared at tournaments and casinos in the years to come, helping her to build on her modest winnings. Since those early days, the championship has grown in stature and the prize has grown to match. There was $166,000 up for grabs in the 2022 event.

This female poker star rose to fame in the eighties, one of the few female players of that decade. Her biggest and most famous win happened in 1982 when she beat 77 other players, all male, to win an Ace-to-Five draw event.

The prize for the event was a meagre $1000, but the notoriety Vera gained was worth a whole lot more. She made countless appearances at tournaments, sometimes playing, and played in numerous World Series of Poker events throughout the rest of the decade.

This woman shook up the poker world in 1995 when she became the first lady player to reach the final table in a World Series of Poker Main Event. She beat out 273 other players to get there. In the end, she came fifth, but the last table was highly competitive that year.

These women helped changed poker and casinos forever. Now women compete on an even playing field with the men of the sport and often dominate the tables. They helped bring more women into poker and showed that they were just as capable of claiming world titles as any of the men who play. 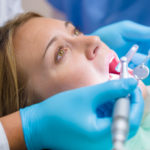 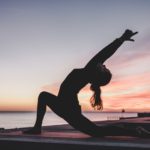