For years, the gender pay gap has been a point of contention in debates surrounding income inequality and equal rights. Some question the legitimacy of Equal Pay Day—a symbolic day designed to draw attention to the gender pay disparity in the United States. Others celebrate the conversation and hope for a brighter, more balanced future.

Often, building a point of view on a topic like this comes down to facts. And on the subject of pay and gender, there are a lot of facts, figures, and statistics. Here are a few you’ve probably seen—and some you maybe haven’t—that have a part to play in the pay inequality saga. Let’s start with the most commonly reported numbers in the gender pay gap conversation.

Is there a gender pay gap?

According to the data, there is. From 2017 to 2019, PayScale, a compensation software, and data company, surveyed 1.8 million people on their “compensable” and demographic factors. Here are some of the insights they gleaned from the two-year analysis:

For this piece, we’ll focus on the “controlled” group. In the controlled group are women in the same job, holding the same level of experience as men.

Check out the differences by position and education.

All told, some industries are closer to equal than others.

What are some contributing factors to the gender wage gap?

When two people doing the same job with the same experience earn different wages, the first question anyone asks is why? In this case, we know that gap is based on gender. Here are a few of the most common responses for why there’s a pay discrepancy between men and women:

Here are some other factors, based on a 2019 scheduling survey from TSheets by QuickBooks:

Is it any wonder, then, that more men (69%) than women (55%) said they’d happily stay in their current job for the next three years?

Why does the gender pay gap matter?

It’s easy to say that an average 2-cent difference between male and female peers doesn’t matter. But once again, turning to the data, here’s how 2 cents begins to add up to a lot more.

Scenario: A man and woman work the same job and have the same experience. But for every dollar he earns, she earns 98 cents.

4 things we can do about the gender pay gap

Looking back at those commonly (and not-so-commonly) cited factors, it’s easy to see how conversations can escalate into arguments. No business owner likes to think of themselves as sexist or discriminatory. No employee wants to feel like the small things they do, like staying home with a sick child, will make their employer value them any less. But take the heat out of the debate, and there are a few things employers and employees can do to close the gap.

With any luck, that tiny yet significant 2-cent gap will soon be a fact of the past.

Danielle Higley is a copywriter for TSheets by QuickBooks, a time tracking and scheduling solution. She’s been a contributor to MSN.com, FiveThirtyEight, and a variety of HR and business blogs where she can put her affinity for long-form storytelling to best use. 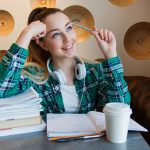 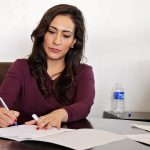