The subreddit r/FuckYouKaren perpetuates dangerous stereotypes of women and engages in targeted harassment of other subreddits. Since its creation, it has devoted itself to perpetuating the “Karen” meme which has warped into sexism and as a result is in direct violation of Reddit’s content policy and Reddit’s rules regarding harassment. Reddit’s inaction on this situation does nothing to address the ongoing hostility that is directed at women on its site and demonstrates a lack of interest in protecting its female users.

The subreddit r/FuckYouKaren was created on 7 Dec 2017 with the intended purpose of focusing its efforts on perpetuating the “Karen” meme and disrupting other subreddits. This subreddit often targets those who speak out against it and has devoted itself to finding and harassing users and moderators even outside of Reddit. Since its creation, r/FuckYouKaren has engaged in targeted harassment of other subreddits.

Karen is a slang term used as an antagonistic female character in memes. “Karen” is generally characterized as an irritating, entitled woman, sometimes as an ex-wife who took custody of “the kids.” In 2020, the term was broadly applied to a swath of white women who had been filmed harassing people of color, including dialing the emergency services on them for no criminal reason.

The existence of Karen suddenly became less about creating a humorous character and more about exuding masculinity – making Redditors feel as if they were alpha males simply by virtue of insulting women in the “benign” name of humor.

What the problem is:

The subreddit is perpetuating dangerous stereotypes about women, particularly mothers. Its users are targeting and harassing women outside of reddit.

The meme takes a woman, and reduces her to a series of quirky, socially-constructed female stereotypes. She is often characterized as a domestic partner.

The mother character has taken on the characteristics of the immature, entitled and spiteful doxing vixen, because sexual liberation for women has become a threat to the status of men and boys.

If the mother character remains a bitch, she can be literally abused to reinforce the paradigm that women are victims to the whims of men, and at the same time, justified in any violent behavior because it is a response to suffering.

In actuality, women are not to blame for the behaviour of men. The same character is also often used to justify sexual violence against women under the same thread of thought – women don’t behave as society expects them to, and deserve whatever awful happens to them because of it.

Stereotype 3: Women who speak out against unfair behavior are the perpetrators of harassment

Stereotype 4: Women who speak out against unfair behavior are crazy

Heavily implied in this meme is the idea that challenging gender roles is wrong and could be used as justification for violence against those women.

Stereotype 5: Women who speak out against unfair behavior are literally children

Usage in other contexts:

There is now a growing trend to refer to the term Karen in order to silence any person who doesn’t fit cleanly into gender roles.

When we talk about Karen, we are talking about the women who speak out against unfair behavior.

Because of the deeply ingrained cultural idea that women who challenge gender roles are crazy and dangerous, we’re now seeing a trend on r/FuckYoukeran for users to refer to “Karen” when they call out mods and users of subreddits for their opinions. They are commonly told to “grow up” in response for sharing their opinions, and sometimes in response to something they’ve said.

This trend is a form of gendered silencing. 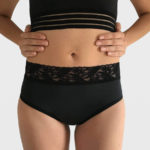 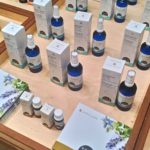