Reading is one of the most rewarding activities you can enjoy during your entire life. Books can take you to places you’ve never been to and help you learn something new about the world and yourself. They can be inspirational, motivational, filled with interesting information, or simply entertaining.

When choosing what to read, you need to pay attention to the writers. Learning a thing or two about the author will help you make the best choice for your next book. If you’re looking for a female writer to inspire you, look no more. The list below is a list of 10 inspiring female writers that you need to start reading as soon as possible.

Let’s break this down together.

This Nigerian writer has already touched so many hearts, and if you haven’t had the chance to read any of her works, it’s about time.

While she got awarded for her works that explore Nigerian culture, she’s on this list thanks to her feminist works.

We Should All Be Feminists from 2014 and Dear Ijeawele, or A Feminist Manifesto in Fifteen Suggestions are empowering, inspirational, and truly impactful.

For many women, Maya Angelou is a true inspiration and a source of self-confidence and will to carry on. What makes her so fascinating is her early life and the troubles she faced and had to get through.

She worked as a night club dancer, a sex worker, a journalist, a performer and eventually became a writer. The series of autobiographies that she’s written made her a globally-recognized writer.

If he had to choose one, we’d recommend I Know Why the Caged Bird Sings, the autobiography she published in 1969.

The former First Lady of the United States of America, Michelle Obama, published her memoir Becoming in 2018. The first African American to be in those shoes, she’s soon become an icon of the 21st century.

“The memoir is an inspirational, witty, and personal story. She guides the readers through her personal experiences that shaped her into the woman she is today“ says Estelle Leotard, a freelance writer and an editor Is Accurate.

The story of success, disappointment, failure, and triumphs, it’s definitely something all women should read.

The next fascinating female author on our list is the Canadian author Margaret Atwood. Her long-standing carrier has been and still is versatile and rich.

She’s best known for her novel The Handmaid’s Tale that has been adapted into a movie, an opera, and a highly successful TV show.

She has been honored and awarded by numerous institutions and organizations.

Zadie Smith is a contemporary English writer, that came into the world of literature in 2000, upon publishing her first novel White Teeth.

Her multiethnic background and international influences, shaped and nuanced her writing into a unique and recognizable style.

Diana Adjadj, a blogger at 3 to 5 Marketing and writer at Writing Judge agrees: “Zadie Smith is a truly unique and special writer. Her fiction is supreme and it’s no wonder she’s regarded as one of the best contemporary female writers.”

Grab her first novel or read some of her latest works, and you won’t be sorry.

Toni Morrison was an American editor, novelist, essayist, and professor.

Her carrier only went uphill. Her novel Song of Solomon made her a globally-recognized writer and her novel Beloved got her the Pulitzer Prize. In 1993, she got awarded the Nobel Prize for literature.

Her works are filled with pain, loss, and deep emotions. She used her characters to address the African American culture, race issues in America. She made some bold moves which made her an iconic female writer that she is.

Alice Munro is a Canadian writer who was awarded the Nobel Prize for Literature in 2013, being the first Canadian woman to achieve this.

Her short stories uncover and reveal the depth of human relationships and existence. Her narrative is dynamic and upbeat, yet smooth and uncomplicated.

She’s considered to be one of the best contemporary short story writers.

Start with The Bear Came Over the Mountain or Hateship, Friendship, Courtship, Loveship, Marriage.

Every list needs a classic, and Virginia Wolf deserves a spot on this list. This English writer is considered one of the most important female writers of the 20th century.

In the technical sense, she is widely recognized for her use of the stream of consciousness. This is a narrative device that follows the thoughts of the protagonists. It might come across as confusing at first, but soon you realize how deep in the story you’ve been drawn.

Start with Mrs. Dalloway, and go on from there.

The youngest person ever to win the Man Booker Prize is the New Zealand novelist Eleanor Catton. She managed to achieve this at the age of 28, with her second novel the Luminaries.

We strongly recommend reading this still very young author and being swept away by her exceptional talent.

The Italian novelist who was named one of the 100 most influential people in 2016 by Time magazine, takes the final place on our list.

She is best known for her four-volume work called the Neapolitan Novels. It’s a story of two girls born in Napoli, fighting the fight of existence, self-creation and tell the story of the less-privileged.

We all need some inspiration in life and role models to look up to. The book authors mentioned above are each unique in their style, accomplishments, and the way they touch us.

Choose any of the authors we’ve listed above and take our advice on which of their works to start with. A whole new world will open up to you and you’ll be able to enjoy the aftertaste of the novel or short story that you’ve read.

Kristin Savage nourishes, sparks and empowers using the magic of a word. Along with pursuing her degree in Creative Writing, Kristin was gaining experience in the publishing industry, with expertise in marketing strategy for publishers and authors. Now she works as a freelance writer at TrustMyPaper and GrabMyEssay. 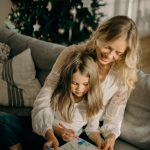