When it comes to car insurance, women usually pay less than men. But why is that? Is it because they’re safer drivers? Are they more responsible when it comes to car accidents? Or is there another reason altogether? In this blog post, we’ll explore some of the reasons why car insurance is less expensive for women. Keep reading to learn more!

Reasons Why Car Insurance is Less Expensive for Women

In certain states, insurance firms are authorized to take gender into account when calculating auto premiums. According to research conducted in 2021, the national average annual cost for full coverage auto insurance for women is $1,532. If you’re shopping for the cheapest car insurance, knowing whether your gender affects your rates can help you make an educated selection. Here are some of the reasons why car insurance is less expensive for women:

For several years, men were more likely than females to cause or become involved in accidents. This led to them paying higher premiums than their female counterparts. Statistics also show that women are actually safer drivers than men. Men generally drive more miles annually and speed more often than women. As a result of these tendencies, they cause an increased number of car accidents and traffic violations, leading to less favorable driving records than women.

Many insurance companies take speeding tickets into account when determining car insurance premiums. Because men generally speed more often than women, they’re more likely to get a traffic violation which, in turn, will increase their rates. In many cases, men have been shown to have double the number of speeding infractions as women.

They Tend to Drive Less

Women are generally less likely to drive as much as men for several reasons. They’re more prone to using public transportation or other forms of travel that don’t require them to be behind the wheel. This decreases their exposure to road risks and often leads to an overall decrease in vehicle accidents.

They Tend to Drive More Responsibly

Studies show that women are less likely to be involved in accidents that involve alcohol. In addition, they’re less likely to be driving under the influence of drugs or other illicit substances. This can lead to lower rates for women who have good driving records. Women also tend to avoid driving at night, especially if they live in a busy metropolitan area.

Although insurance premiums are determined by many factors, your car plays a significant role. For the most part, women drive less expensive cars than men do. Men have been shown to have more powerful vehicles which cost considerably more to insure because they’re worth more in case of theft or accidents.

Gender Has a Small Role in Determining Insurance Rates

Although many insurance companies are allowed to take gender into account when determining premiums, the impact of this factor is minor. Although rates for men tend to be higher on average than that for women, there are several other factors which have a much bigger impact. Let’s look at what these are:

Your driving history and record can have a significant impact. Those who’ve had traffic violations, accidents, or been involved in an at-fault accident with bodily injury are going to find themselves paying more for car insurance than those who have not.

Younger drivers who are new to the roads tend to pay more for car insurance than older drivers with more experience on the road. In addition, teenagers and young adults are involved in more accidents than older drivers. This can lead to increased rates for this demographic.

Where you live can also affect your car insurance rates. Those who live in big cities with higher crime and congestion will find themselves paying more for coverage than those living in rural or suburban areas. In addition, those who live in areas where inclement weather is more likely to occur will pay higher premiums.

Your Car’s Make and Model

The type of car you drive can have a big impact on your rates. Luxurious or high-performance vehicles will increase the cost of insurance coverage because they’re worth more.

The reason men tend to pay more for car insurance than women has less to do with gender. Instead, it has everything to do with men generally driving more miles, speeding more often, and tending to get in trouble behind the wheel. Take these into account when comparing rates among different companies. 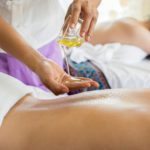 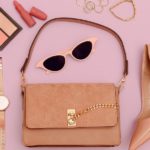